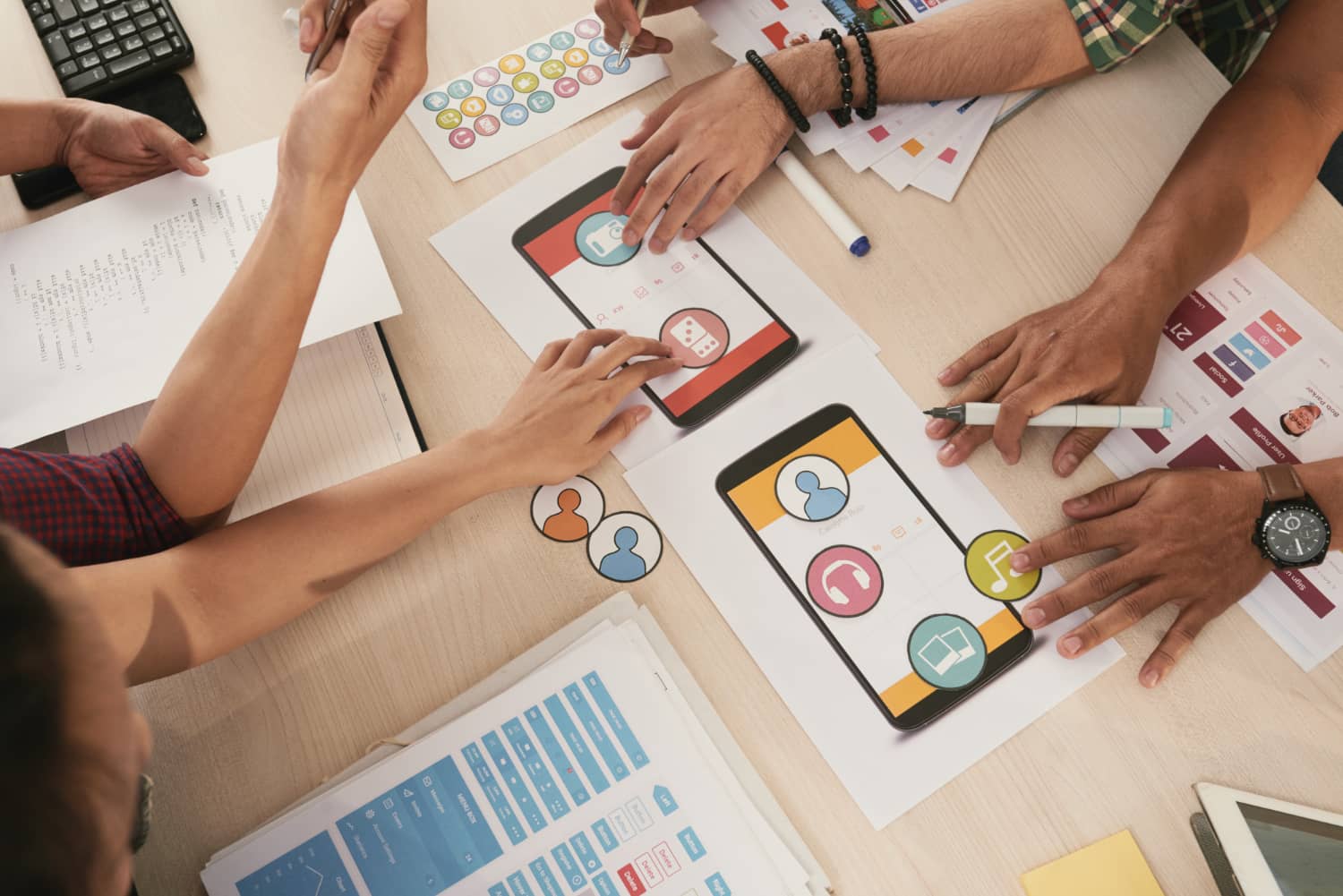 How To Choose The Right Platform For Mobile App Development?

The use of mobile applications is increasing steadily around the world, showing no signs of peaking anytime soon. Mobile applications have become an integral part of the daily routines of individuals, whether they are used for commercial or personal purposes. Irrespective of the type of mobile application to be developed, it is important for organizations to stand out from the clutter by being innovative in their approach. Owing to the ever-increasing demand and utility of mobile applications, you will always find competition in almost every industry, be it Information Technology, eCommerce, Lifestyle, Healthcare, or Retail and Manufacturing.

While developing an application, one of the most important considerations to make is choosing the right platform for mobile app development. This would help you target the right audience and cater to the right needs. In order to hit the bull’s eye, you need to make sure that you select the operating system in which the app would fit perfectly. Never make the mistake of assuming that developing a powerful application while ignoring the importance of the platform it is built for would provide you with the desired engagement.

iOS And Android – The Two Giants In Mobile App Development

Gone are the days when the industry had multiple operating systems for building mobile applications, including Microsoft, RIM, Symbian, and other smaller initiatives. Earlier, it looked as if the market would keep expanding with more and more operating systems getting popularized.

However, that was certainly not the case. Today, the mobile app development market is filled with Android and iOS applications. At present, Android and iOS represent a whopping 99% of the market share in the mobile OS domain. Looking at the increasing relevance and prominence of the two, the dominance isn’t likely to get watered down anytime soon!

As the market is almost saturated with Android and iOS, it is advisable to choose one of the two operating systems for developing your mobile applications. Here are some of the most important factors to consider as you make your choice (provided you need to choose only one of the two):

Geographical Location Of Your Target Audience

Both Android and iOS cater to different users based on their geographical location. The location of your target audience plays an important role in selecting the ideal platform for mobile app development. iOS is more popular in countries like the US, Australia, Canada, Japan, and Western Europe. If your target audience resides in or around these regions, it is preferable to build iOS applications.

On the other hand, Android applications are widely used in countries like South America, South Africa, India, China, Russia, Eastern Europe, and the Middle East. If the users you are willing to cater to reside in or around these countries, it is advisable to look for Android app development services.

However, it is important to note that these are generalized assumptions based on the majority of iOS and Android users in different geographical locations. If your target audience is specific to a particular state or a city, make sure you conduct thorough research about their preferences before choosing a platform for mobile app development.

Technical Details Of The OS

Before you select a platform for developing your mobile application(s), it is important to consider the technical specifications of the two major operating systems.

When it comes to designing an Android application, developers often follow the Material Design Guidelines of Google. These guidelines deal with icon spacing, table sizes color palette, and other aspects to be considered while designing your application. On the other hand, iOS app developers refer to the Human Interface Guidelines by Apple. Unlike Google, Apple does not dictate its guidelines but provides suggestions to developers for building powerful applications. This often makes developers believe that Apple provides them with more freedom as compared to Google when it comes to mobile app development.

Getting into the technical details pertaining to the two operating systems, here are the major differences between Google’s Material Design Guidelines and Apple’s Human Interface Guidelines:

Google is more lenient as compared to Apple when it comes to app navigation. While this freedom often results in developers building creative applications, it also leads to designs that are not so user-friendly. On the other hand, Apple limits the app navigation options provided to iOS developers, making them stick to comfortable, intuitive, and user-friendly designs.

When it comes to depth and perception, iOS uses thin lines and blurred margins that make different elements seem to float around in their respective spaces. On the other hand, Google is an advocate for material design that resembles paper sheets stacked on each other.

Apple has a more subtle and subdued approach to animation, making developers keep it simple and discrete. On the other hand, Google focuses on using animations to enhance user experience and make the designs livelier and more vibrant.

Both iOS and Android offer their respective system fonts to developers for building mobile applications. While Android uses Roboto for designing its applications, iOS makes use of San Francisco. Although the text sizes in both cases are more or less similar, it is important to note that Android uses more white spaces between texts as compared to iOS for building text hierarchies.

Going further into technical specifications, you should note that Android uses functional buttons that support the upper-case format and have shadows. On the other hand, iOS the functional buttons in iOS are flat and have no shadows. Moreover, while iOS sports a floating action button located in the tab bar, the analog of the same button in Android is placed at the bottom-right corner of the screen.

If you are looking forward to building an Android application, it is important to note that Android is an open platform and allows developers to use its source code to customize the operating system.

Although this is generally advantageous for developers, it has its own share of drawbacks. Smartphone users often tend to alter Android OS to fit their specific devices and their configuration. This makes Android developers tweak applications to make them run on specific mobile devices.

Also, some devices supporting Android may have cheaper components that may cause bugs or reduce the speed of the apps running on them. This may result in the applications being less appealing to users.

However, when it comes to platform fragmentation, iOS hardly faces such issues, implying that the OS would run successfully on more mobile devices for lesser development time as compared to Android.

Submission To The Marketplace

Especially when mobile app developers need to meet the deadlines to deploy applications successfully, the time required for the apps to be submitted to the marketplace plays an important role.

When it comes to developing iOS applications, the Apple App Store makes use of manual testing methods with dedicated employees undertaking stepwise reviews for the applications submitted. They also conduct automated tests to add to the manual practices carried out by the professionals.

Generally, the waiting period in the case of one iOS app review would be 1 to 2 days. In case your app gets rejected by the marketplace, one of the review team members would explain to you the reason behind the same.

However, it is often difficult to reach out to a review team member in case your application gets rejected.

Do Platforms Affect The Cost Of Development?

It is a common assumption that the cost of building an iOS is lesser than that of building an Android app. If you are planning to get a mobile app built and deployed, it is important to understand that the platform or OS chosen to build an application does not affect the money you spend on development. In essence, the overall cost of mobile app development depends on the features and design of the application instead of the platform used for building it. So, it doesn’t really matter which platform you use for developing your mobile application as far as budget allocation is concerned.

These were some of the most important aspects to keep in mind while selecting the right platform for mobile app development. Make sure you undertake thorough research and development before you finalize a platform and kickstart your development project.

Have A Vision In Mind?

We have a way to get you there.